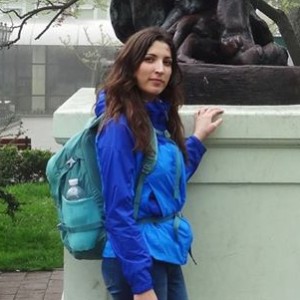 I have several notable accomplishments in both my education and my work experience. Probably the most notable accomplishment was delivery of the mobile apps project during my internship this past summer. I joined the tech development team at a time when they were in the process of losing a team member due to relocation. That team member was the lead for the iOS version of the mobile app under development. Since I had already developed two iOS apps and no one else on the team had worked with iOS, I was asked to take the lead for the iOS development and deployment, effectively half of the project. This was outside the original scope of my internship, but definitely mission critical. I was able to deliver the app on time before completion of my internship and have deployed it to the iTunes store. It has already received over 100 positive reviews from customers. Would you like to see it?

Need of income: Before 1 year
Interested in break-through innovation : No
Degree of implication : 0-30% Available
Funding capacity : Under 20 K
Return on investment planned : Before 1 year
Wish to be involved for a period of : Less than 5 years
Specific wish: I am looking for and buy perspective paintings
1 Fans
Add to my favorites
Register to learn more about the co-founder
Sign Up